Proud to serve you in the riding
and to be your voice in Ottawa. 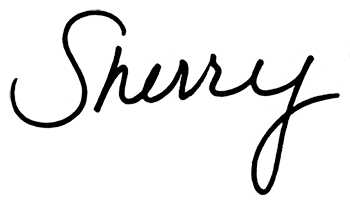 Biography of Sherry Romanado, Member of Parliament for Longueuil – Charles-LeMoyne

Sherry Romanado was elected Member of Parliament for Longueuil – Charles-LeMoyne in October 2015 and re-elected in 2019 and in 2021.

Born and raised in Greenfield Park, Quebec, where she still makes her home, Ms Romanado has a certificate in Public Relations from McGill University and a Master’s in Business Administration (MBA) from Concordia University. Prior to her election, she held various posts in the fields of higher education and transportation, including that of faculty lecturer for the Public Relations program at McGill University’s School of Continuing Studies and Assistant Director of Continuing Education at Champlain College. She was a member of the Board of Directors of the Champlain College Saint-Lambert Foundation and The Chartered Institute for Transport and Logistics, serving as chair of the latter’s Education Committee for North America.

As an elected official, MP Romanado has held the role of Parliamentary Secretary to the Minister for Seniors, and Parliamentary Secretary to the Minister of Veterans Affairs and Associate Minister of National Defence. She has sat on the House of Commons standing committees on Human Resources, Skills and Social Development and the Status of Persons with Disabilities, on Veterans Affairs, and on National Defence, as well as on the Special Committee on Electoral Reform, and as Chair of the Standing Committee on Industry, Science and Technology and as a member of the Special Committee on the Economic Relationship between Canada and the United States. She currently serves as Deputy House leader of the government and sits on the Standing Committee on Procedure and House Affairs

The proud mother of two sons serving in the Canadian Armed Forces, Ms Romanado was for many years an active volunteer with the CGG 1979 Centennial Cadet Corps of Greenfield Park, acting as its vice-president and communications director, and is a long-time member of both Royal Canadian Legion Branch 94 and the Greenfield Park Lions Club. A long-distance runner, she has taken part in numerous races and half-marathons.

Invite Sherry to an Event

As a Pacific nation, maintaining and building relationships with our partners in the Indo-Pacific is important for all Canadians. Building these relationships helps us create good jobs here at home, grow the economy to [...]

Protecting our communities from gun violence

Fewer guns mean safer communities. Our communities should be safe places to live, worship, raise children, and spend time with friends and family. Canadians across the country have called for swift and strong action [...]

What is the government doing to tackle inflation?

Canadians are feeling the rising cost of living and many are worried about paying for gas and groceries. That’s why today – as Parliament resumed – our first order of business was to table [...]

After a lifetime of hard work and sacrifice, seniors deserve to be able to grow old with dignity and enjoy high-quality care. But the last two years have highlighted long-standing gaps in our long-term [...]

The Government of Canada’s top priority remains protecting the health and safety of all Canadians. Since the beginning of the pandemic, we worked hard to secure life-saving personal protective equipment, invest in our health [...]

Investing in Canada’s autoworkers and our clean future

Canada’s auto manufacturing sector has always played a crucial role in our economy, supporting hundreds of thousands of families. Our strength in manufacturing, combined with world-class innovation, makes Canada a natural leader in designing [...]

The resiliency and courage of Ukrainians have inspired the world, and Canada is unwavering in its commitment to provide support to Ukraine as it fights for its sovereignty and for the democratic ideals that [...]